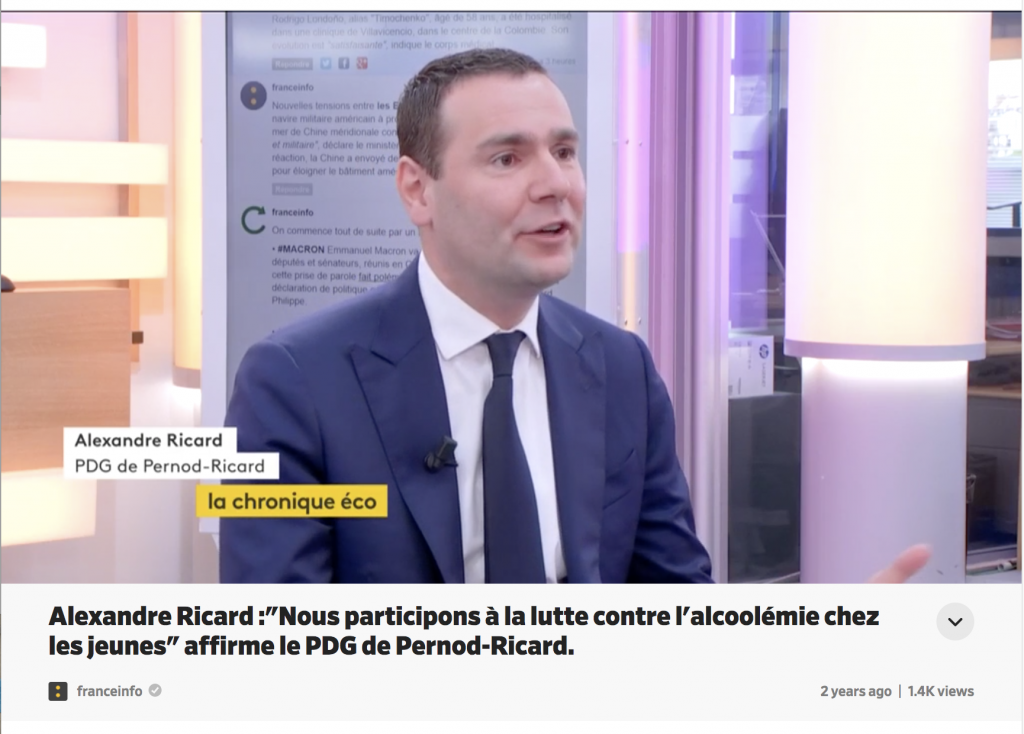 From April 2016 to December 2017, I wrote daily summaries of global news coverage pertaining to alcohol-related research, policy, and consumption patterns, often translating from foreign-language news sources and assisting in information research in order to ensure accuracy.

Please see the following for a daily news sample, which was translated from this French-language source article and video:

Pernod Ricard CEO Alexandre Ricard was recently interviewed on France Info’s L’Eco television program about the risks of harmful drinking and the company’s prevention initiatives. Ricard stated that it is “up to each individual to draw the line” between moderate and excessive consumption by recognizing their own limits, “which is what we refer to as responsibility,” continuing that excessive consumption does not pair with the conviviality of drinks in summer. Ricard said that the company has made reducing harmful drinking a priority, citing its collaboration on the pan-European exchange program Erasmus (ESN) that has promoted responsible consumption among 330,000 EU students over the last seven years with its “Responsible Parties” campaign. Ricard added that extreme drinking among 16- to 17-year-old youth has decreased by approximately one-third since 2011, noting that employing strict regulations to reduce harmful drinking can sometimes create the opposite effect, and that Pernod Ricard places more emphasis on education and responsible drinking promotion than on availability restrictions, as part of its sustainable and responsible long-term business strategy.